Brent is joined by Lynette Marshall, President and Chief Executive Officer of the University of Iowa Center for Advancement. This episode was recorded early on in the COVID-19 crisis, at a time when they were both adjusting to their new work from home environments. We loved hearing about her journey from growing up on a fifth-generation family farm in Illinois to being one of the most respected leaders in advancement today. 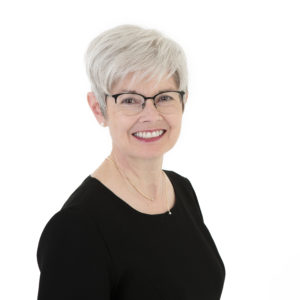 Lynette Marshall is proud to serve as president and chief executive officer of the University of Iowa Center for Advancement, an organization that combines two longstanding institutions—the UI Foundation and the UI Alumni Association. Lynette leads the organization’s mission to advance the University of Iowa through engagement and philanthropy. During her tenure, the UI Foundation experienced record performance and growth and became a national leader in creating a campus culture of philanthropy. In 2016, the UI completed For Iowa. Forever More., the largest fundraising campaign in the history of the university and the state of Iowa, raising more than $1.975 billion and exceeding the initial goal by $275 million.

Lynette joined the organization in 2006 and provides leadership to several national groups, including the Association of Governing Boards, the Council for the Advancement and Support of Education (CASE), the CASE 50 Steering Committee, and she currently serves as dean of the Big Ten Fund Raisers Institute (BTFRI). Lynette served 25 years in fundraising at the University of Illinois at Urbana-Champaign, including her final two as associate chancellor for development. She earned a Bachelor of Science degree in agricultural science and a master’s in educational policy studies at the University of Illinois at Urbana-Champaign. Lynette grew up on a fifth-generation family farm near Peoria, Illinois. She and her husband, Jeffery Ford, have two adult children, Michael and Katharine.